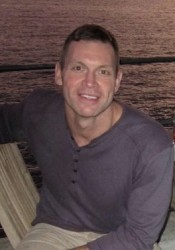 Phil gained his Bachelor of Veterinary Science in 1981 from The University of Queensland, Australia. He first went into a mixed large animal practice for 2 years and when he realized how much work that was he quickly returned to UQ in 1984 for a general small animal internship. He gained his Member of Australian College of Veterinary Science qualifications in Small Animal Medicine (MACVSc) 1987. Having decided that small animal medicine and large animal medicine was not for him, he changed track yet again to start a surgical internship and then surgical residency. In 1992, he gained his specialist qualifications in surgery (Fellow of the Australian College of Veterinary Surgeons). In 1993, he spent a sabbatical year in surgery at Colorado State University and North Carolina State University and then returned to teaching surgery to residents and students at The University of Queensland. He started his own surgical practice in 1995 in Brisbane, Queensland. In 2000, thinking it was for only a year, Phil accepted a position at University of California at Davis in orthopedic surgery where he stayed until 2004. It was time to return to private practice and Phil looked both in Australia and the USA. At that time San Francisco did not have a resident surgeon so he then started the surgery department at San Francisco Veterinary Specialists. In 2006, he became a partner and part owner of that practice. He remained in the practice until July 2017. Since then he has been a resident surgeon at Berkeley Dog and Cat in addition to running a mobile surgery practice .

Watt is competely unprrofessional, terrible bedside manner, was 1.5 hours late and came into the exam room without reading anything from our dog's medical files. This "dr" is just awful and would advise seeing anyone else. We initially saw a vet at Petcura in Pleasanton, CA, for our dog who had problems walking and was in pain. They took x-rays and an EKG and the first vet told us, accoring to the x-rays, our dog's left hip was fractured in several places and also had an enlarged heart. The enlarged heart makes the dog high risk for surgery, due to the anesthesia. The first vet told us he would speak with a surgeon, Philip Watt, who practices at Petcura, about the possibility of surgery, on Friday, and said he would call us on Monday/Tuesday. We called the clinic on Tuesday and the first vet told us the surgeon did not think our dog was a good candidate for surgery and to live w/ the pain. We made another $350 surgeon consult to hear directly what Watt had to say. We got an appointment for the next day at 10 AM. We saw Watt walk into the clinic at 10:20. We were put into an exam room at 10:50 and Watt finally came in at 11:20. Again, this man did not know anyting about our dog when he walked in and asked why we were there. We are paying $350 for 15 minutes of this guy's time and he is completely unpepared. He then told us an entirely differnt thing than our first vet and said loudly, i don't care what the first vet said and basically told me to shut up. i had to leave the room and was very mad because this guy was such an awful and rude person. We went into the cilinic that morning to find out if we had to put our dog down and he did not care one bit. Petcura as a clinic is fine, though extremely expensive.

Doctor Watt performed 2 TPLO surgery’s on my large golden doodle’s two knees , it was a hard recovery but what he did to our dog was nothing short Of a miracle he has recovered completely and lovingly life like a puppy again, we can not thank Dr Watt enough , you are amazing. Patrick Smith and our dog Casey

Dr. Watt is an excellent surgeon. He performed a TPLO surgery on my dog Xena and it went so well, she had an excellent recovery and I couldn't be more grateful.

I have known Dr Watt for many years. He is the best orthopedic surgeon I've ever known and has done many successful operations on various animals I've had through the years.