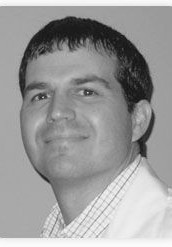 Dr. Mahn earned a Bachelor of Arts degree in Chemistry from Bellarmine University in Louisville, Kentucky in 2000. In 2004, he received his DVM from the University of Missouri-College of Veterinary Medicine. During the following year, he completed a small animal medicine and surgery internship at the Hollywood Animal Hospital in Hollywood, Florida. In 2006, Dr. Mahn finished a one year small animal surgery internship at Gulf Coast Veterinary Specialists in Houston, Texas and was selected for a small animal surgery residency in Boston, Massachusetts. During the next three years, he completed his training through a joint residency at the Angell Animal Medical Center and the New England Animal Medical Center. Dr. Mahn was finally able to move back to his hometown of Kirkwood, Missouri and join the MVRC family in 2009. His interests include soft tissue surgery, especially thoracic and oncologic/reconstructive surgery, as well as arthroscopy, and neurosurgery. Dr. Mahns priorities are exceptional patient and client care through attention to detail, compassionate medicine, and continued education.

Dr. Mahn is an excellent veterinarian. He was able to successfully remove a nasty tumor in our dog's mouth and he saved her life. We can not thank him enough. We would recommend him to anyone.